The reason I started my company was because I was forced to. I mean, no-one actually forced me but I didn’t feel I had any other option. We had to move to the country for my husband’s job and I wasn’t able to continue in my State Government role. There were no jobs suitable for me where we were moving, so I decided to write grant applications, instead of assessing them, as I had been doing in my job.

I used to say that I would be the last person you would expect to start a business. I am naturally risk averse, a bit of an introvert and I have never been interested in anything business-related. I also used to say that I was temporarily starting a business and I would go back to working for the government when we returned to Perth. But that lasted about a month. I then started saying “I don’t ever want to go back to being an employee. I want to make my business work.” About 3 months in and I started saying “I want to grow to have employees and be the company everyone thinks of when they think about grants”. It seemed like such a huge turn around that I began to wonder what had happened to me.

Then I realised, I was born to be an entrepreneur – I had just been ignoring the signs. I didn’t know what was possible and didn’t understand my own abilities, so I had been telling myself I loved my job. Don’t get me wrong, I did love what I was doing and some of the people I worked with, but I was denying a lot of signs through fear and ignorance.

The first big sign came when I was 10 years old. I distinctly remember this incident, which means it was huge because I have a shocking long-term memory. Shocking.  I was lying in bed and I had what I think is my one and only panic attack. I remember thinking something along the lines of, “I’m in Year 6 now. Next year is my last year of primary school, then I’m in high school, which will be hard and boring. After that I’ll go to university, then I’ll get a job, get married, have kids and work until I die. My childhood is almost over; the fun is almost over because I’m basically grown up and have to get a job soon”. Slightly dramatic, but I was a 10-year-old girl! One who clearly did not want to get a job.

The next sign wasn’t until I had entered the workforce. I worked for a few different bosses in my first year out as I was on a graduate program that sent you on on-the-job rotations. I very quickly realised that if I didn’t respect my boss and feel like they had something I needed to learn from them, then I was NOT a good employee. I struggled to sit quietly and take direction from someone that I thought was an idiot. This probably should have been a wake-up call that being someone’s employee wasn’t for me  but I didn’t know any better. I thought I just needed to find the right boss.

And I did find the right boss, for a time. I worked for two bosses that I completely respected and was happy to take direction from. I enjoyed my time but very occasionally would have those same thoughts that I’d had that night when I was 10. Is this all there is? Will I really have to work Monday to Friday until I’m 65?

Then I got pregnant. Hello hormones! Don’t make me leave my baby! To be honest, I wasn’t completely against going back to work after maternity leave but I never, ever considered going back full time. I went back 2 days from the office and 1 day from home. Oh, how I loved my day from home! I could actually get stuff done and didn’t have to wear business entrepreneur attire – two things I really, really loved. I knew then that I would never work full time again. I told my husband that I didn’t care if the kids had grown up and moved out of home; full time work was not happening. Still I didn’t understand what these thoughts were leading me to.

I had to be booted out of employment to discover it had never been my thing – not literally. I’ve never been fired from anything in my life. Unless you count that time my Japanese host mother told me I was no longer allowed in the kitchen. Apparently, as many of my closest know, I am an awful cook. But honestly, how badly could I have messed up peeling an apple?

I am now completely in my element. I’m loving life! And yep, I work full time. Because I want to. Because I am my own boss, I get to wear casual clothes ALL THE TIME and I can get so much stuff done. What does scare me is the thought that none of this might have happened if I wasn’t forced to start my business. Would I ever have listened to the signs and allowed myself to take that risk? What other awesome things has fear been stopping me from doing? It’s a bit deeper than I normally think, because you know me – organisation, efficiency, get things done, no time for that navel gazing! But if my experience is anything to go by, it is definitely something worthwhile spending some time thinking about. What is fear holding you back from?

Want to get tips and tricks to writing great funding applications plus get in the know about upcoming funding opportunities?

You have Successfully Subscribed! 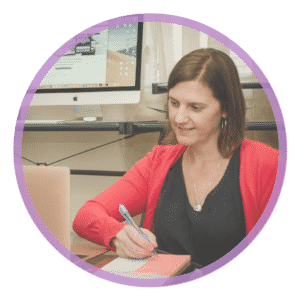 Whitney Consulting are more than just grant writers, we are project funding experts specialising in the development and funding of robust and financially sustainable projects.

Talk to Tara – Book a Call

Want to get tips and tricks to writing great funding applications plus get in the know about upcoming funding opportunities??